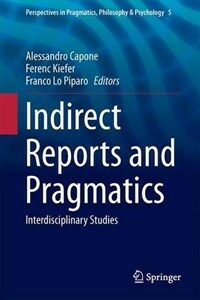 Metaphor and iconicity : a cognitive approach to analysing texts

Realms of meaning : an introduction to semantics

The syntax and pragmatics of anaphora : a study with special reference to Chinese

Rational meaning : a new foundation for the definition of words, and supplementary essays

Default semantics : foundations of a compositional theory of acts of communication

Semantics and pragmatics : meaning in language and discourse

Cultural semantics : keywords of our time