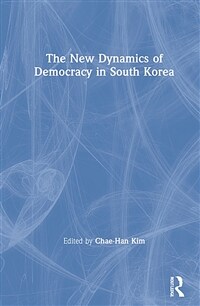 The new dynamics of democracy in South Korea (Loan 1 times)

The Koreans : contemporary politics and society

The Arab lands of Western Asia

Memories of May 1980 : a documentary history of the Kwangju uprising in Korea

Middle powers in the age of globalization : implications for Korean political economy and unification

The Democratic Republican Party of the Republic of Korea : history, idea, program, organization

The sunshine policy : in defense of engagement as a path to peace in Korea

The new dynamics of democracy in South Korea

Korean politics : the quest for democratization and economic development

The division system in crisis : essays on contemporary Korea

A record of Candlelight in South Korea : every day with the 17 million strong candlelight movement was a happy one / English ed

The country, the revolution, and I [2nd ed.]

Korea reborn : a model for development

Peace and cooperation : the White Paper on Korean unification

Rationality and politics in the Korean peninsula

John Locke and the theory of sovereignty : mixed monarchy and the right of resistance in the political thought of the English revolution