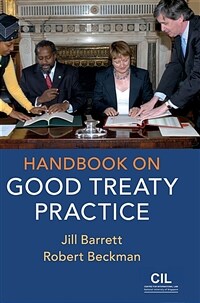 The United States and the rule of law in international affairs

The promulgation of Universal peace, discourses by A. B. Abbas during his visit to the United States in 1912

Formalism and the sources of international law : a theory of the ascertainment of legal rules

Peace : writings and speeches of the Nobel Peace Prize winner, 1971

From many, one : the process of political integration, the problem of world government

The Assembly of the League of Nations

The way of peace : essays and addresses

Tallinn manual 2.0 on the international law applicable to cyber operations : Prepared by the International Group of Experts at the Invitation of the NATO Cooperative Cyber Defence Centre of Excellence [2nd ed.]

The Statute of the International Court of Justice : a commentary

The South China Sea : the struggle for power in Asia

The politics of global governance : international organizations in an interdependent world / 5th ed

The United Nations Convention against torture : a commentary

Permanent neutrality : a model for peace, security, and justice

Fencing in the Dark : Japan, China, and the Senkakus

Kant, global politics and cosmopolitan law : the world republic as a regulative idea of reason

The left case for Brexit : reflections on the current crisis