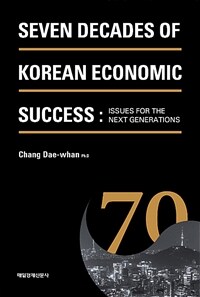 Seven decades of Korean economic success : issues for the next generations

An Opportunity for a Leap of Growth Possible Because It’s the Republic of Korea!

“The Republic of Korea is really a puzzling case. It seems to me that the country should have been wiped from the map a long time ago, but it wasn’t. It is a miracle that Korea continued for 5,000 years while surrounded by such powers as China, Japan, and Russia and has even thrived.”
--- Paul Kennedy, the author of The Rise and Fall of the Great Powers

We've been doing a lot better than we give credit to ourselves. Ironic as it is, it seems that Koreans are the only people who are totally unimpressed by the feat of the brilliant economic growth we’ve achieved. The world cannot give enough praise to the achievements Koreans have made with sweat and tears for the last 70 years since the country was leveled in the aftermath of the Korean War. Korea has transformed itself from a country whose survival was dependent on aid from overseas to the world’s 12th largest economic power, and the people around the world dubbed the feat “The Miracle of the Han River.”
Nevertheless, Koreans often ignore or underrate such achievements. Koreans belittle themselves, derogatorily nicknaming Korea as “Hell Joseon.” We are living at a time when individual self-esteem matters more, but still, I cannot shake off the feeling that it is high time we should look after our nation's self-esteem as a priority. That is the reason I am publishing this book, “The Republic of Korea That We Don’t Know.” It is my quest to look at our reality from an objective viewpoint through the records of the past and the present and chart our path towards a brighter future.

“The Republic of Korea surely can do it.”

“Koreans have enthusiasm for education and dynamism unsurpassed by any other country. It means that Koreans have what it takes to make another leap of growth in the era of the Fourth Industrial Revolution where innovation becomes more important than ever, but that doesn’t guarantee that Korea will naturally become a better place to live. We have to overcome the challenges that can derail everything that we’ve worked so hard for, just like we have done throughout the past 70 years that presented us with endless challenges and crises. We must solve the problem of a low birthrate and aging population, and we have to prepare for the era of a unified Korea. Forgiveness and reconciliation must be an integral part in the process of Korea’s second leap. With a warm heart, we must turn the energy of conflict into energy of positivity and unity. Freedom has to overflow in schools and workplaces, and government interference and intervention should remain at a minimum. Only then will Korea’s creative juices flow and entrepreneurship flourish and make it ready to move forward toward a knowledge-based society.”
- Excerpt from the Preface

An agenda for economic reform in Korea : international perspectives

Korea after the crash : the politics of economic recovery

Korean pricing policies and economic development in the 1960s

Capitalist development in Korea : labour, capital and the myth of the developmental state

Changes in industrial landscape and the future of service economy

Seven decades of Korean economic success : issues for the next generations

The key to successful business in Korea

The dynamics of Korean economic development

The economic development of South Korea : from poverty to a modern industrial state

The political economy of development and environment in Korea

A new paradigm for Korea's economic development : from government control to market economy

The Korean economy : issues of development