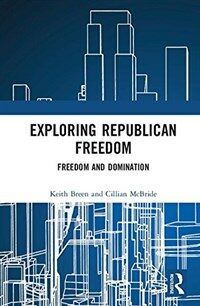 Back to the republic : the Golden Mean, the standard form of government

Beyond the republican revival : non-domination, positive liberty and sortition

The Invention of the modern republic

Republicanism in the modern world

The future of freedom : illiberal democracy at home and abroad 1st ed

Democracy and its critics

Authoritarianism : what everyone needs to know

The decline and rise of democracy : a global history from antiquity to today

Debating democracy : do we need more or less?