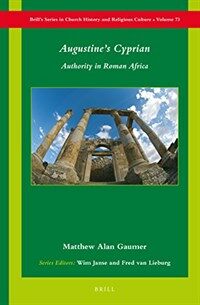 Through the eye of a needle : wealth, the fall of Rome, and the making of Christianity in the West, 350-550 AD

The cult of the saints : its rise and function in Latin Christianity Phoenix ed

There is no crime for those who have Christ : religious violence in the Christian Roman Empire

Christianity and pagan culture in the later Roman Empire : together with an English translation of John Chrysostom's Address on vainglory and the right way for parents to bring up their children

Christianity and paganism in the fourth to eighth centuries

The darkening age : the Christian destruction of the classical world / First U.S. edition

The church history of Rufinus of Aquileia, books 10 and 11

The Slavic Letters of St. Jerome : the history of the legend and its legacy, or, How the translator of the Vulgate became an apostle of the Slavs