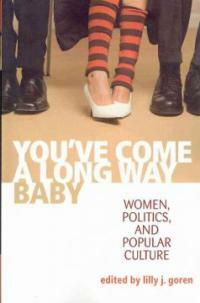 Gender and the media

Hearth and home : images of women in the mass media

Women, television and everyday life in Korea : journeys of hope

Feminism without women : culture and criticism in a postfeminist age

Women and the media in Asia : the precarious self

Women and media in the Middle East : power through self-expression

Institutional theory : the cultural construction of organizations, states, and identities