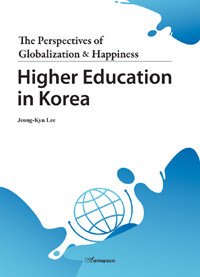 Lee, Jeong-Kyu [Jeong-Kyu Lee] Ph.D., an educational scholar, is imprinted; on the 2007 Edition of Marquis Who’s Who in the World and on the 2007 Edition of Marquis Who’s Who in America; on the Dictionary of International Biography (2008) of International Biographical Centre (IBC) in Cambridge, the UK; and on the Great Minds of the 21st Century (2008) in American Biographical Institute (ABI). Dr. Lee is the former President of Central College in British Columbia, Canada, Guest Scholar at the University of British Columbia in Canada, Research Fellow at the Korean Educational Development Institute (KEDI) in Seoul, South Korea, and Joint Professor at Hongik University in Seoul, South Korea. He is also a former columnist at the Korean University Newspaper (Network), http://www.unn.net, and a reviewer of international scholarly journals, both Radical Pedagogy and Globalization and Health. The author obtained his Ph.D. degree in Educational Administration (Higher Education) at the Graduate School of The University of Texas at Austin in the United States of America. Dr. Lee also studied German, ancient Western philosophy, educational psychology, and educational administration at Trier University in Germany, The University of Alberta in Canada, and The University of Montana in the United States of America. His main teaching and research interests are leadership and organizational culture, Korean higher education and culture, social and ethical values in education, educational administration and policy, university policy analysis and university evaluation, globalization and higher education, and education and happiness. A number of his books and articles were published or introduced in the U.S., the U.K., Canada, Australia, France, Mexico, Spain, Brazil, India, China, South Africa, OECD, UNESCO, UN, and South Korea.

Analyzing the peculiarities of higher education in Korea : a historical sociology of education exploration

Higher education in Korea : the perspectives of globalization & happiness

The unwritten rules of PhD research

Financing higher education worldwide : who pays? who should pay?

Super courses : the future of teaching and learning

The great upheaval : higher education's past, present, and uncertain future