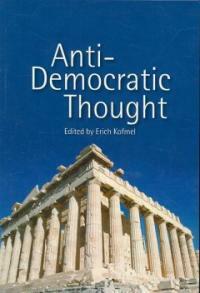 The origins of democratic thinking : the invention of politics in classical Athens

The secret history of democracy