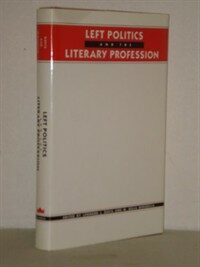 Left politics and the literary profession

The birth and death of literary theory : regimes of relevance in Russia and beyond

Beautiful theories : the spectacle of discourse in contemporary criticism

The critical twilight : explorations in the ideology of Anglo-American literary theory from Eliot to McLuhan

The institution of literature

Left politics and the literary profession

American literary criticism from the thirties to the eighties

Toward a new historicism

Empire burlesque : the fate of critical culture in global America

The Yale critics : deconstruction in America