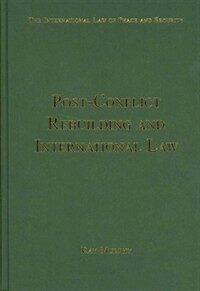 Military occupation and the rule of law : occupation government in the Rhineland, 1918-1923

The writing on the wall : rethinking the international law of occupation

The handbook of reparations

Historical justice in international perspective : how societies are trying to right the wrongs of the past

The occupation of enemy territory : a commentary on the law and practice of belligerent occupation

The treaty of Portsmouth : an adventure in American diplomacy

Peace treaties and international law in European history: from the late Middle Ages to World War One

The Rome Statute of the International Criminal Court : a commentary

Rules, norms, and decisions : on the conditions of practical and legal reasoning in international relations and domestic affairs

United Nations. Office of the High Commissioner for Human Rights (2014)

The Oxford handbook of the theory of international law First Edition

Rights and their limits : in theory, cases, and pandemics

The Vienna Convention on the Law of Treaties in Investor-State Disputes : History, Evolution and Future

The international law of the sea in the 21st century : state practice in East Asia