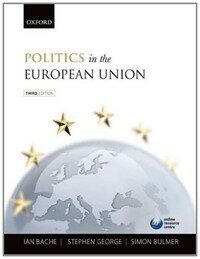 The Lisbon Treaty : a legal and political analysis

The future of Europe : towards a two-speed EU?

Politics in the European Union

Political theory of the European Union

European Union sanctions and foreign policy : when and why do they work?

Directives in European Community law : a study of directives and their enforcement in national courts

The question of Europe

Technocracy in the European Union

Enlargement of the European Union to Croatia and Montenegro : geopolitical and social-constructive approaches

Interaction in the council of the European Union : presideny and genernal secretariat of the council in the area of EU development cooperation

The principle of legal certainty in EC law

Fixing failed states : a framework for rebuilding a fractured world