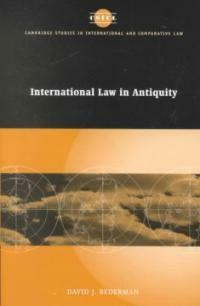 The law of nations in global history / First edition

Constructing international law : the birth of a discipline

The Roman foundations of the law of nations : Alberico Gentili and the justice of empire

Rights and civilizations : a history and philosophy of international law

The epochs of international law