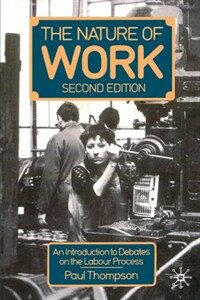 The nature of work : an introduction to debates on the labour process 2nd ed (2회 대출)

Men, wages, and employment in the modern U.S. economy

The political economy of work

The state and globalization : comparative studies of labour and capital in national economies

Theoretical perspectives on work and the employment relationship 1st ed

The nature of work : an introduction to debates on the labour process 2nd ed

The Law of labor relations

Workers, unions and the state

Work and employment relations in the high performance workplace

Trade unions in Western Europe since 1945

They are not machines : Korean women workers and their fight for democratic trade unionism in the 1970s

Labour, the state, social movements and the challenge of neo-liberal globalisation