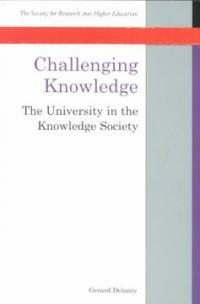 Challenging knowledge : the university in the knowledge society (Loan 4 times)

Academic encounter : the American university in Japan and Korea

Meeting the challenges of the 'seventies : Managing the university ; seminar papers and proceedings

The new education : how to revolutionize the university to prepare students for a world in flux

Challenging knowledge : the university in the knowledge society

Dimensions of international higher education : the University of California Symposium on Education Abroad

Why Johnny can't read, write, or do 'rithmetic even with a college degree : an account of the fraud of higher education

Universities past and present

What's happened to the university? : a sociological exploration of its infantilisation

The adventure of learning in college : an undergraduate guide to productive study

Grading the college : a history of evaluating teaching and learning