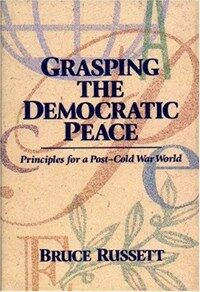 The strain of representation : how parties represent diverse voters in western and eastern Europe

The moral basis of democracy

Counter-democracy : politics in an age of distrust

Democracy past and future

The confidence trap : a history of democracy in crisis from World War I to the present / Second printing, first paperback printing, with a new afterword by the author, 2015

Grasping the democratic peace : principles for a post-Cold War world

What's wrong with democracy? : from Athenian practice to American worship

The theory of democracy revisited

Liberal democracy and the social acceleration of time

Debating democracy : do we need more or less?