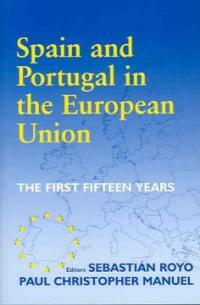 Spain and Portugal in the European Union : the first fifteen years (1회 대출)

How to democratize the European Union-- and why bother?

The political history of European integration : the hypocrisy of democracy-through-market

Constructing the path to Eastern enlargement : the uneven policy impact of EU identity

Dividing lines between the European Union and its member states : the impact of the treaty of Lisbon

The European policy of the German Social Democrats : interpreting a changing world

The law of the European Economic Community : a commentary on the EEC Treaty

Spain and Portugal in the European Union : the first fifteen years

With US or against US? European trends in American perspective