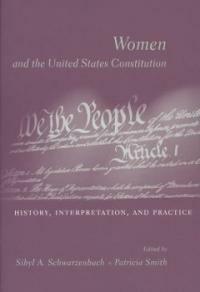 Women and the United States Constitution : history, interpretation, and practice

Miracle at Philadelphia : the story of the Constitutional Convention, May to September, 1787

The records of the Federal convention of 1787

The foundations of American constitutionalism.

We the people : the economic origins of the Constitution

The Federal Convention and the formation of the Union of the American states, edited with and introduction

Republican legal theory : the history, constitution and purposes of law in a free state