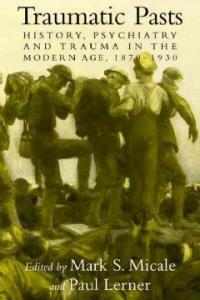 Madness and civilization : a history of insanity in the age of reason

Madness and civilization : a history of insanity in the Age of Reason

A history of psychiatry : from the era of the asylum to the age of Prozac

A history of medical psychology

Ultrastructural pathology of the cell and matrix 4th ed

Mindblindness: an essay on autism and theory of mind

Preclinical MRI of the kidney : methods and protocols