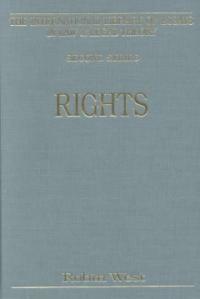 Toward a theory of human rights : religion, law, courts

Philosophical theory and the Universal Declaration of Human Rights

Principles and political order : the challenge of diversity

Justification and legitimacy : essays on rights and obligations

Human rights in crisis : the sacred and the secular in contemporary French thought

Which rights should be universal? 1st pbk. ed

Theoretical and empirical studies of rights

The Routledge history of human rights