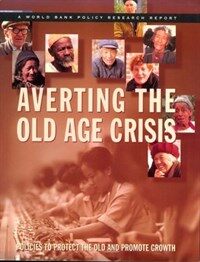 Averting the old age crisis : policies to protect the old and promote growth

International Bank for Reconstruction and Development
331.252 B564

Banking on death: or, investing in life : the history and future of pensions

A history of public sector pensions in the United States,

Indexation of pension and other benefits

The Oxford handbook of justice in the workplace