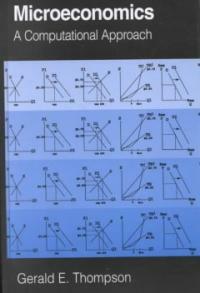 Market microstructure : intermediaries and the theory of the firm

The co-operative game theory of the firm

Business economics and finance with MATLAB, GIS and simulation models

Calculus and techniques of optimization with microeconomic applications / John Hoag

The topology of the 2x2 games : a new periodic table lst ed

Bankruptcy, bubbles and bailouts : the inside history of the Treasury since 1976