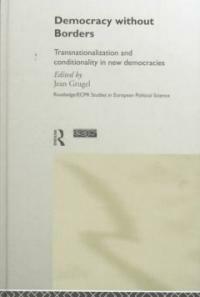 Deliberative democracy and its discontents

Can democracy be saved? : participation, deliberation and social movements

Democracy and difference: contesting the boundaries of the political

Democracy without borders : transnationalization and conditionality in new democracies

Democracy, citizenship, and the global city