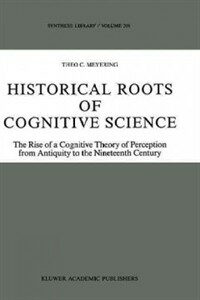 Historical roots of cognitive science : the rise of a cognitive theory of perception from antiquity to the nineteenth century (Loan 1 times)

The philosophy of perception

Processing the facial image : proceedings of a Royal Society discussion meeting held on 9 and 10 July, 1991

The Psychology of attention

The logic of perception

From perception to consciousness : searching with Anne Treisman

Perception : from sense to object

Historical roots of cognitive science : the rise of a cognitive theory of perception from antiquity to the nineteenth century

The undiscovered self [1st ed.]

The distracted mind : ancient brains in a high-tech world

The art of noticing : 131 ways to spark creativity, find inspiration, and discover joy in the everyday

Applications of flow in human development and education [electronic resource] : the collected works of Mihaly Csikszentmihalyi

Space, time and number in the brain [electronic resource] : searching for the foundations of mathematical thought : an attention and performance series volume / 1st ed

International Symposium on Attention and Performance
153.733

What every BODY is saying : an ex-FBI agent's guide to speed reading people 1st ed

The psychology of stupidity