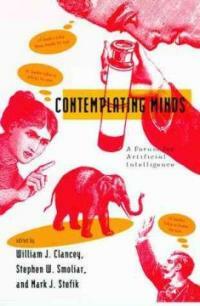 Biosemiotic medicine [electronic resource] : healing in the world of meaning

Philosophy of science : an overview for cognitive science

Belief in psychology : a study in the ontology of mind

Mind in science : a history of explanations in psychology and physics

The Cambridge handbook of computational psychology

Computational modeling of cognition and behavior

The Blackwell dictionary of cognitive psychology

The book of minds : how to understand ourselves and other beings, from animals to AI to aliens