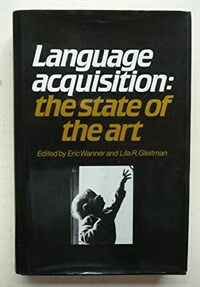 Language acquisition : the state of the art (1회 대출)

The effect of time, modality, and error type on the ability of language learners to judge the grammaticality of target language sentences

Language acquisition : the state of the art

On remembering, forgetting, and understanding sentences : a study of the deep structure hypothesis

The burning fountain : a study in the language of symbolism / New and rev. ed

Numbers, language, and the human mind

Words and the mind : how words capture human experience

A first language : the early stages

How languages are learned 4th ed